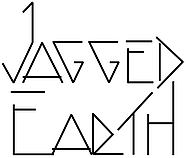 The Jagged Earth setting showcases a classic superhero comic metaverse with the soon-to-be-patented E3ink spin. A parallel world to the “real Earth”, The Jagged Earth is home to the Augmented; individuals granted extraordinary abilities by virtue of the Aurorae Effect.  Shifting, shimmering curtains of light known as Aurora Portals appear apparently randomly anywhere around the world. The portal may be entered from either side, but they are not translucent and cannot be seen through. Crossing the threshold most often has no affect, but a very few individuals reach the other side in possession of extra-human qualities.

No one really knows how long the Aurorae Effect has been manifesting via these portals, but simply haven’t been recorded or reported as such. They could possibly account for everything from Greek legends to demonic possessions, from Ambrose Bierce’s disappearance to those lost in the Bermuda Triangle, and every “unsolved mystery” throughout history.

THE LOCATION: Aurora City (and the Greater Metro Area)

While much of The Jagged Earth will be completely familiar to our readers, Aurora City is the newest home for the Augmented.  Nestled in the southeast Appalachian Mountains, the current Aurora City was built around and over previous versions of the city, but this time it was designed and built to accommodate the needs of Augments. Aurora City’s history stretches back to a time before the European invasion and this latest incarnation incorporates state of the art high technology with pockets of old, and not so old, world charm and mysteries.

Heroes and villains originate from all over the world but they tend to congregate near areas of the greatest concentration of resources. Put another way, funding a mastermind’s latest doomsday device would mean robbing every single bank in the central United States, but it might all be found in the various banks of a single location: Aurora City. Advanced tech might be hidden in a small town garage somewhere, but odds are better that John Little Defense Designs will have just the prototype needed. Of course, the stalwart citizens of Aurora City are well aware of this as well, but what attracts villainy attracts heroes dedicated to defending the city’s adventurous denizens. And that attracts even more business, from the smallest mom and pop shop to the some of the largest global corporations. The end result is a vibrant and vigorous city expanding its horizons on nearly a daily basis.

What’s on our mind

Aurora City was the first habitat to attempt to account for the modern Augmented age throughout its architecture, engineering, construction, and even aesthetic philosophies. As with all pioneering efforts, not everything worked precisely as intended. The effort, though, was magnificent even in its failures.

— From the introduction by Charles Zane, PhD, to the Historic Journey edition of “The Advent of Aurorae-based Design Principles”
%d bloggers like this: